A trip to the Australian Open

When we first arrived in Melbourne we realized that we were going to be in town for the first week of the Australian Open tennis tournament. We checked online and were thrilled to see that tickets were still available and not that expensive.

We splurged a bit to get reserved seats for the big Rod Laver Arena, which would feature matches by the higher-ranked players. A reserved seat also gets you access to all of the other general admission courts on a first-come basis.

The trick in ordering was that the schedule for each day is released only 24-hours in advance. We didn’t want to wait to buy, lest we find ourselves sitting farther away from the court (or before they sold out), so we had to guess when to go. The week’s forecast made that decision easy, since the first day of the tournament was the only one expected to be under 100 degrees. While we didn’t get to see any of the really big stars, we were happy that we didn’t try to go on the days when the heat reached over 43 degrees Celsius (109F). The Monday we went was plenty hot enough.

Even though we had reserved seats in Rod Laver Arena, we went straight to the general admission Margaret Court Arena to see Venus Williams play at 11am. After that, we headed to the shade of the big stadium for a few hours before finally wandering the grounds in the late afternoon to see the rest of the courts. 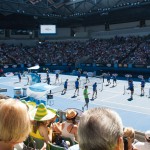 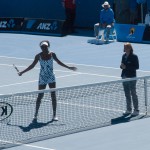 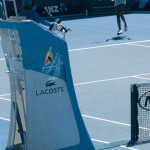 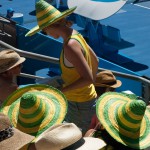 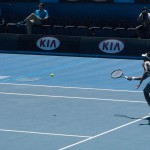 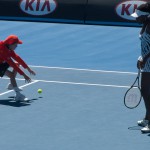 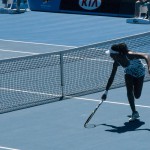 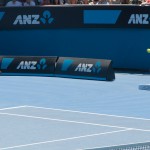 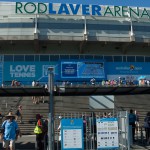 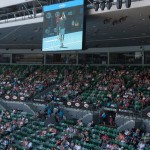 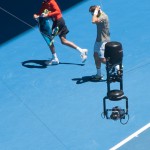 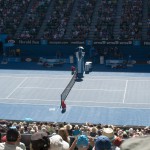 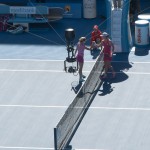 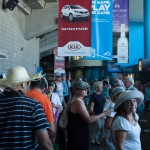 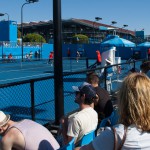 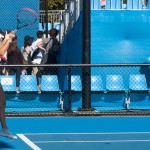 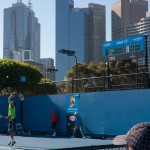 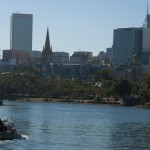