During our last few days in Singapore we visited the neighborhood of Bugis and we saw the light and color of the Gardens by the Bay at night.

Bugis is named for pirates that roamed the Straits of Malacca in the days before the British arrived in Singapore. I’m not sure why it was named for them, as I don’t think they ever lived in the area. The neighborhood later became the city’s red light district until a mid-eighties cleanup moved those establishments farther to the east. Today the area is full of shopping (like most of Singapore) and is home to a heavily visited Buddhist temple.

The Gardens by the Bay is a 250-acre park with a number of greenhouses and other attractions that has quickly become the city’s most popular outdoor space in the few years it has been open. We never made it there during the day, but we were able to walk around it in the cool evening of our last night in town. 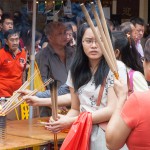 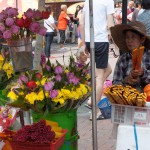 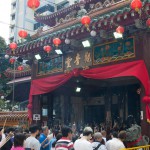 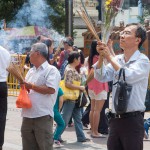 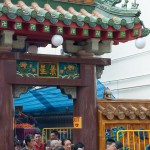 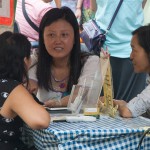 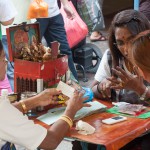 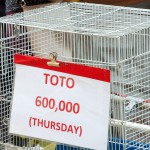 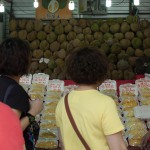 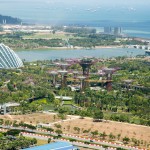 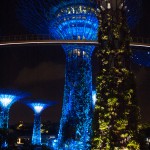 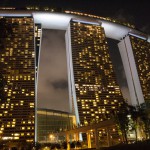 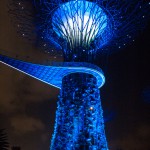 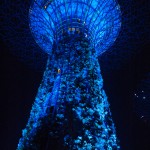 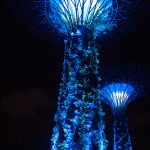 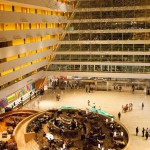