One sunny afternoon we took a short train ride twenty miles northeast of Lyon to the medieval hilltop town of Pérouges. Although inhabited since before Roman times, most of the known history of the town dates to the 12th century, and most of the existing construction dates from the 15th and 16th centuries.

Once home to a number of prosperous fabric weavers, the town thrived for several centuries until the onset of the industrial revolution. The town went into decline for decades until a group dedicated to its preservation formed in 1911 to encourage restoration and inward migration.

Today the town is popular with visitors to France and day trippers from Lyon. Although we visited on a relatively quiet Wednesday, there were groups of both tourists and young students wandering around the cobblestone streets. 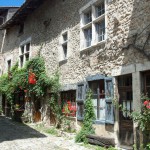 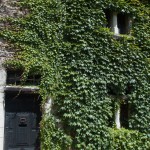 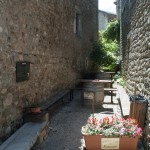 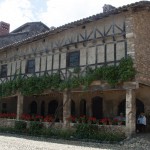 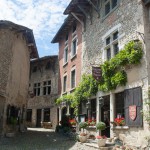 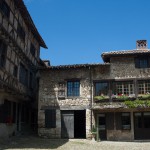 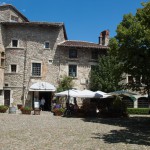 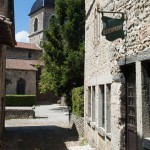 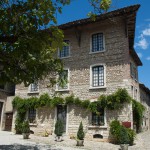 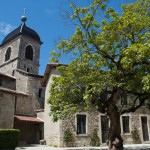 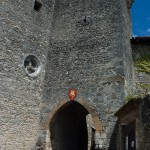 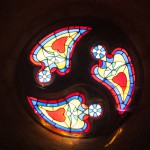 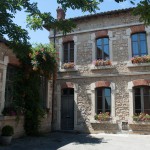 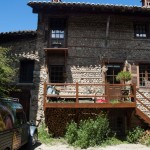 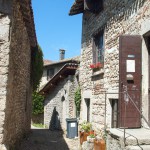 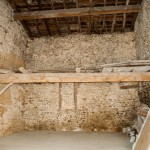 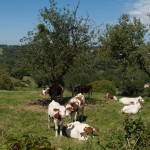 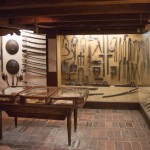 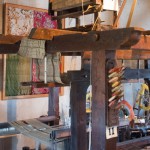 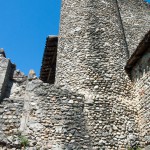 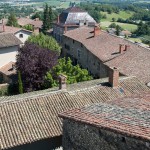 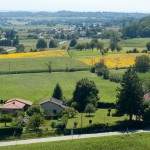 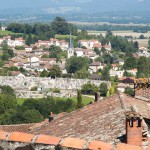 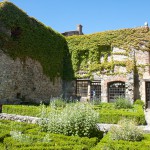 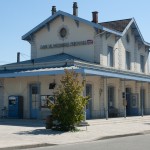